Agricultural and Rural, Planning Appeals, Unique Homes and Self Build

A Successful Appeal for a Former Dairy – Parker Planning Services

At Parker Planning Services we have successfully overturned a previous case of refusal for the conversion of an existing agricultural building, formerly a dairy, into 2 new dwellings.

The appeal was originally refused on 4 main circumstances being; it was believed to require excessive work for the conversion, it was believed to have adverse impacts on the character of the building and its setting, it would cause harm to non-designated heritage assets and would require car use in rural areas.

We used our expertise and knowledge to counterbalance these arguments which lead to a successful overruling of the decision, granting its permission.

On the original refusal that the development would cause excessive work required for the conversion, we argued that the development is a substantial building, being too big just for 1 dwelling and therefore the level of intervention required is not considered excessive given its scale, meaning the footprint would remain the same.

Similarly, on the refusal that the development would cause harm to non-designated heritage assets, we argued that the development of the dwellings would tidy up the site from its disused, redundant form whilst retaining its agricultural setting in the process. The development would be a much more effective and efficient use of the existing building and the space available on the site, blending into its surroundings seamlessly without being cramped. Furthermore, the landscaping scheme submitted alongside this appeal reinforces the agricultural nature of the sites significantly. This offsets any perceived harm to the non-designated heritage assets considerably and improves the scheme significantly in terms of the planning balance.

This therefore directly links to the third argument of refusal which claimed that the development would have adverse impacts on the character of the building and its settings. In response to this, as a multidisciplinary consultancy we used our connections with our specialist landscape consultant to create a revised landscape plan which proposed screening of the south and west with grassed earth banks, planted fruit trees and mixed shrubs whilst enhancing the immediate setting and retaining the agricultural character simultaneously.

In the case of the refusal based on the use of cars in rural areas, attention was drawn to several supporting appeal decisions, whereby refusal for this same reason was overturned. For example, it was highlighted that Great Plumstead is less than 1 mile away and has a church,  village hall and an indoor swimming pool. Brundall, a key service centre, which consists of a co-operative food and convenience store, a primary school, railway station and public house among other services and facilities, is located 2.5 miles from the proposal site. With these services and distances in mind, car journeys would be short and therefore will not have a significant impact which suggest that the refusal should be overturned.

In conclusion, the development of the building is respectfully landscaped, enhancing the immediate setting and retaining its agricultural character. Despite the council believing that 1 dwelling may be more acceptable in planning terms, the development of 2 dwellings would not be significantly greater than those associated with 1 dwelling and there is more benefits in terms of housing targets with 2 dwellings as opposed to 1. The proposal would support facilities and services in the key service centre of Brundall, and the settlements of Blofield, Great Plumstead and Little Plumstead.

With all these points considered, the scheme was considered  sustainable and the appeal was successfully approved. 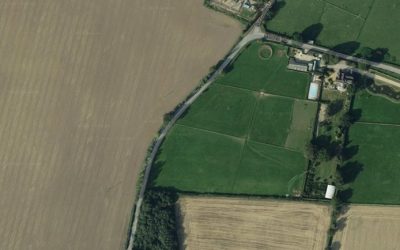 Change of use for equestrian use 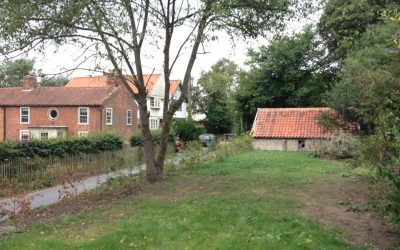 Unique Homes and Self Build 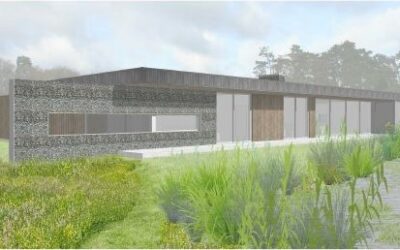 Unique Homes and Self Build

Paragraph 79 Approval for ‘The Hide’