Background: A challenging case on the basis that there had previously been several refused applications due to the Green Belt constraint, has been successfully overturned by Parker Planning Services providing planning consultancy and heritage support.

The Proposal Full planning permission for a detached agricultural building which will principally be used for the keeping of goats. The proposed development is deemed to be located within the Cambridge Green Belt, with the land identified classed as being agricultural. The proposal is also considered an agricultural use and function.

The Cambridge Green Belt provides a strategic function in ensuring that any development that is considered harmful to it, with exceptional circumstances needing to be demonstrated. Paragraph 145 of the NPPF makes clear that exceptions to development within the Green Belt include buildings for ‘agriculture’. In addition, policy S/4 of the Council’s Local Plan states that ‘New development in the Green Belt will only be approved in accordance with Green Belt policy in the National Planning Policy Framework’. As such, the Council would need to have regard to Paragraph 145 of the NPPF in determining the application.

Accordingly, we considered that the proposed agricultural building accords with both requirements of the NPPF and of Policy S/4 of the Council’s adopted Local Plan. The Principle of Development is therefore established.

We also supported the application by providing a Heritage Impact Assessment (HIA). The HIA assesses the impacts of the proposed development against any adjacent heritage assets. The site is adjacent to St Mary’s Church – a grade II* Listed church and therefore is of high significance. Its setting and character are also of high importance to protect and enhance. The church graveyard is positioned between the church and the site, with substantial existing trees, walls and foliage that restrict views from the church into the site.

We considered that the proposed agricultural building is designed with a traditional appearance and using traditional materials, which would not detract from the rural character of the Green Belt. The openness of the Green Belt is limited by virtue of the site being located between an existing dwelling and the church, as well as ribbon development along Newmarket Road. As demonstrated throughout our Heritage Impact Assessment, the setting and significance of the Grade II* Church will not be diminished by the proposal for a simple agricultural building to be built in the adjacent site. The proposal is therefore considered less than substantial harm on the lower end of the scale.

It was therefore, concluded that the proposed detached agricultural building was a suitable proposal when considered against the adopted Local Development Plan, and the NPPF as a whole. 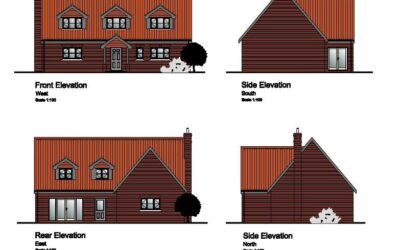 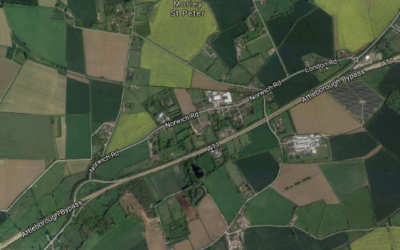 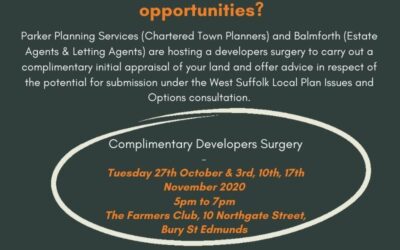